Live in 3031 with Futuristic Design Inspirations

eon-lit monochromatic surfaces, asymmetry sleek curves and angular geometries wherever you set your eyes: these are the distinctive hallmarks of futuristic design.

Originating in Italy in the early 1900s, futurism was an artistic and social movement that sought liberation from the past, emphasising dynamism, technology, and youth. Realism was abandoned for intuition, where designs, as thoughts, could flow just as well as they could take sharp turns – influencing later movements such as Art Deco and Constructivism, which produced monuments of the modern age such as the Empire State Building and even inspired the design of a BMW.

Looking for a designer’s point of view? Let’s get in touch!

The new wave of futuristic design that we see today emerging in various parts of the world is known as neo-futurism, which emphasises the meeting of ultramodern materials and sensibilities with the concepts of sustainability and harmony with nature. Whichever flavour of futurism you like best, we have some recommendations for you:

Clean and plain surfaces play a huge role in creating the futuristic look: countertops and surfaces are typically a glossy monochromatic, like what you might see on our Niro Granite Marmo series.

When it comes to the flooring, there is a whole breadth of options to pick from: it can be laminated or tiled for a contemporary futuristic look, but one might also go for marble tiles with earthy tones, like Dolomiti 2.0, to evoke a retro-futuristic atmosphere, like something from a H.G. Wells or Jules Verne book.

If you’re not keen on going all in on the look, you could always balance out the flooring with natural wood elements with tiles like Niro Granite’s Eco-foresta and Zirconio Barnwood. Alternatively, you could also try out concrete elements, such as Cementous or Cementum, for a more industrial feel.

While one might imagine futuristic walls to just be long stretches of plain surfaces backlit with LEDs, it doesn’t have to be so: wall murals composed of primary-coloured tiles or subtle repeating geometric shapes like those on Zirconio’s S. Thomas and Snow could complete the look just as well – or Venato if you prefer something bolder.

Whether you prefer your futuristic interior to be far out or a little closer to reality, you really can’t go wrong with Niro Granite’s or Zirconio’s timeless designs that are stylish as they are durable.

Discover our full range of tiles.

5 other futuristic design ideas here. Check them out! 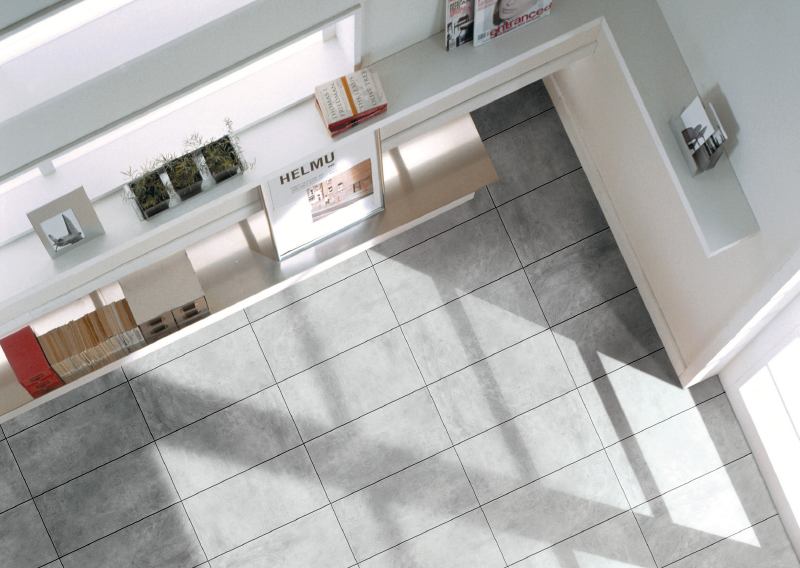 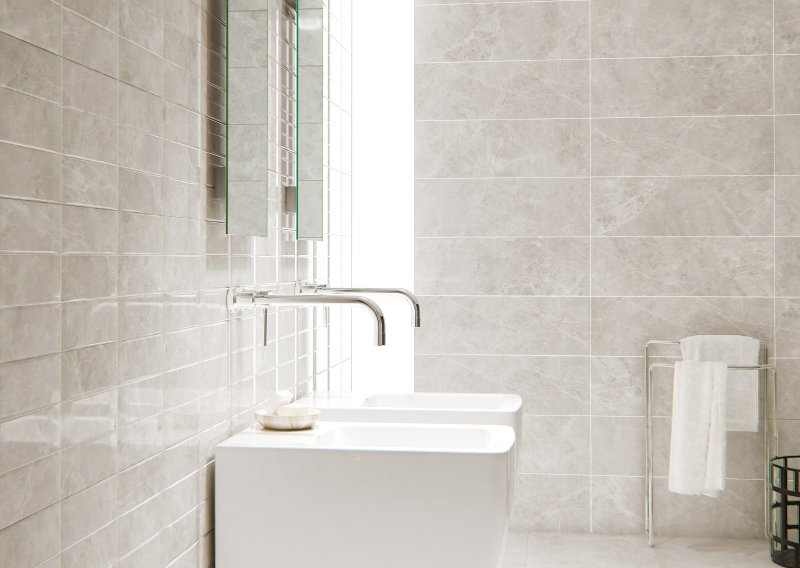 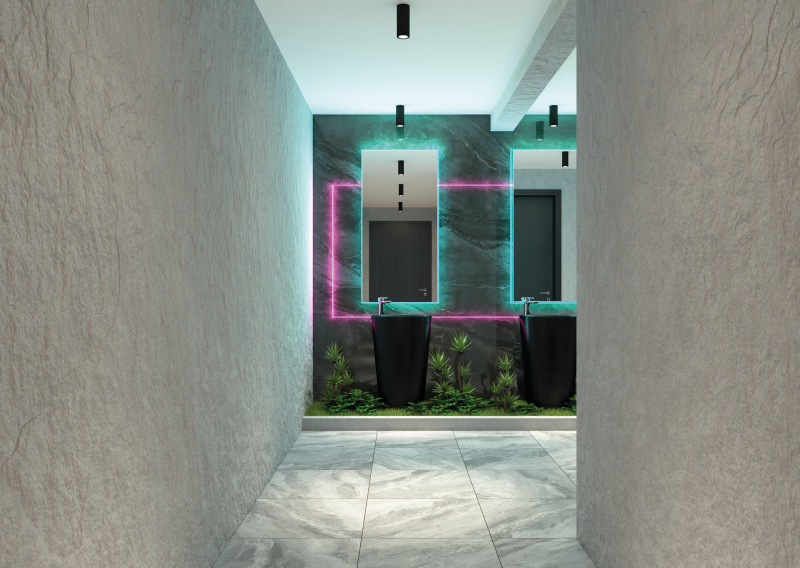 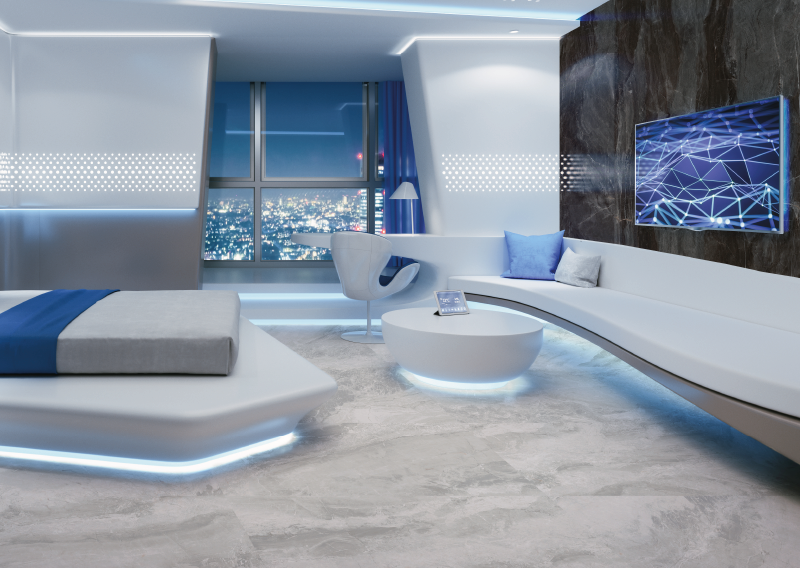 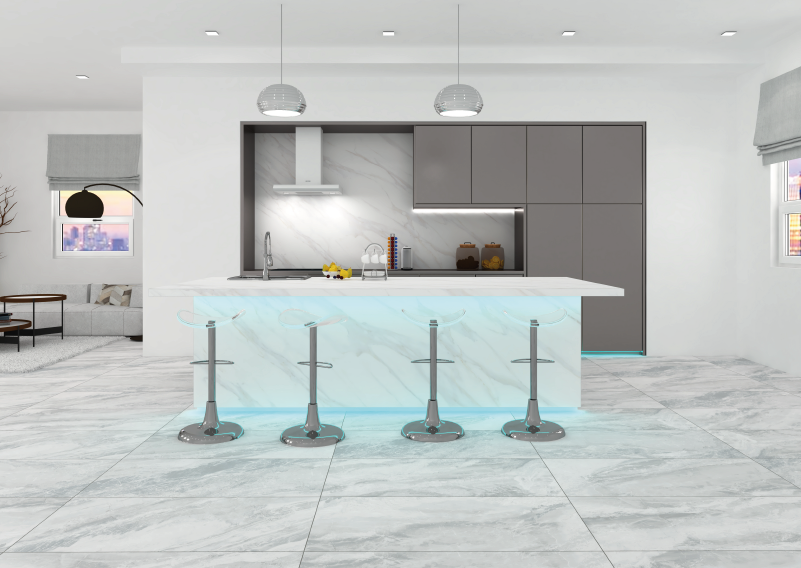 5 Tips on Designing a Safe Home for the Elderly

INSIGHT Ikea Look 5 Tips on Designing a Safe Home for the Elderly With the average life expectancy growing year on year, the population of the elderly among us is also steadily increasing. For those with elderly...

END_OF_DOCUMENT_TOKEN_TO_BE_REPLACED

Feature Wall Ideas For Your Home

INSIGHT Ikea Look Where to Put a Feature Wall? Ideas for Every Part of Your Home One of the best ways to spruce up the overall look and feel of a space is by having a feature...

END_OF_DOCUMENT_TOKEN_TO_BE_REPLACED

INSIGHT Ikea Look 7 Interesting Ways to Use Mosaic Tiles We love mosaic tiles for their striking aesthetics and, just as importantly, their unparalleled versatility. From countertops to wall murals, there are so many creative ways to...

END_OF_DOCUMENT_TOKEN_TO_BE_REPLACED

How to Achieve the IKEA Look in Your Home

INSIGHT Ikea Look How to Achieve the IKEA Look in Your Home Let’s be honest: who among us haven’t sat in an IKEA showroom and pretended that we lived there? Despite being housed in what is essentially a giant...

END_OF_DOCUMENT_TOKEN_TO_BE_REPLACED

How to Make the Best of Your Car Porch Design

How to Make the Best of Your Car Porch Design Sure, a porch just a space for your car – how fancy does it need to be? For many people, the car porch is the...

END_OF_DOCUMENT_TOKEN_TO_BE_REPLACED

How to Hygge: Scandinavian Interior Design Tips Who doesn’t love the aesthetic that has been a popular theme since the 1950s? In many ways, Scandinavian design has been the go-to ideal in many of our minds to...

END_OF_DOCUMENT_TOKEN_TO_BE_REPLACED

The Best Looks for Your Home Office

Your Home Office The Best Looks for Your Home Office Among other things, COVID-19 has also been called “the world’s largest work-from-home experiment”. As businesses are studying and discovering the benefits of remote work, many...

END_OF_DOCUMENT_TOKEN_TO_BE_REPLACED

INSIGHT A Quick Guide A Quick Guide to Tiles for Garden Pavements and Landscaped Gardens Done properly, a well-landscaped garden can be a green oasis where one can recharge and rejuvenate amidst the beauty of nature. Good landscaping...

END_OF_DOCUMENT_TOKEN_TO_BE_REPLACED

The Ideal Tiles for Your Kitchen

INSIGHT The Kitchen The Ideal Tiles for Your Kitchen The kitchen should be everyone’s top priority when it comes to installing safety features: in an environment that’s already filled with sharp, heavy, and hot objects, there could...

END_OF_DOCUMENT_TOKEN_TO_BE_REPLACED

Tips on Creating a Zen Outdoor Space With so much of our lives spent indoors these days, it might be nice to step outside every once in a while, just to get some fresh air...

END_OF_DOCUMENT_TOKEN_TO_BE_REPLACED

INSIGHT Small Space Top 4 Design Ideas for Small Spaces We have written before on how to make the best of small bathrooms, but this time, we’re discussing the topic of small spaces in general. Read on for...